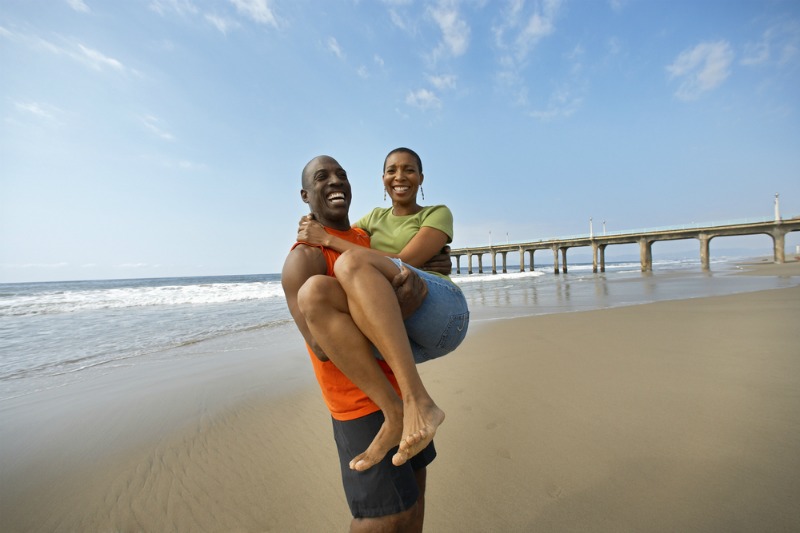 Another weekend has come and gone and you and your spouse spent it doing the “same ole, same ole.” He mowed the lawn. You did the laundry. Later, you both watched TV then went to bed. Yawn! Don’t get me wrong. The love is still there. However, you weren’t shocked to find your wedding picture next to “boring marriage” on the internet. How did this happen? You two were the talk of the town during your courtship. You had so much fun together. But, at some point, you settled into a routine that left your marriage wanting. Now, you’re ready to turn the tables and set things back in motion. The question is, where should you start?

Making a decision to spice things up in your relationship is the easy part. Following through is where things get tough. Chances are you’ve worked pretty hard all week. By the time Friday comes around, you’re beyond tired. In fact, just the thought of doing anything outside of curling up in front of the TV wears you out. But a boring marriage isn’t what you signed up for so it’s time to make some changes. It’s time to spice things up and here are two extremely stupid simple ways to do just that!

Turn off the TV

Stupid. Simple. Not much else needs to be said here. However, just in case you’ve fooled yourself into thinking TV is a “fun” part of your relationship, let me help you out. Whether it’s watching Game of Thrones, a saving the whales documentary, or Martin re-runs, a night spent in front of the tube makes the “boring list” for marriage activity. Sure, once in a while, a night of Netflix and chill can turn into something more. But chances are if your marriage is boring, it’s time to let that idea go.

Whip out some cards and play strip poker. Grab a photo album and reminisce about the good old days. Have some friends over and get your spades game on. Turn on the radio. Dance a little salsa. Or let Luther take you…ahem…there.

Whatever you choose, just turn off the TV and make it spicy!

The comforts of home can make slaves of us all. At home, you don’t have to deal with the hassle of dressing to the nines and putting on makeup and tipping the server. Complacency creeps in and excitement creeps out. Finding a sitter takes a backseat to finding the right channel. What were once nights to remember have turned into nights you’d just as soon forget.

But for a couple whose nightlife has grown stale, what’s there to do? It wouldn’t hurt to call up some friends and schedule a double date. If your dating game is a little rusty, there’s no shame in tagging along with a couple who’s always on the move. Once you get started, you’ll find yourself planning some wild nights on the town by yourself. Here are some things you can look forward to:

There are options galore for bringing some spice back into your relationship. But first, you have to take a sobering look at your time and see if you’re sharing the best time of your life with the love of your life. If you give in to complacency and neglect your thirst for excitement, your marriage will suffer.

I promised you two stupid-simple ways to spice up your boring marriage. And, that’s what you got. But by doing just those two things alone, you open up your relationship to a host of possibilities. Consider the effort you put into dating your spouse. Light that fire again in your marriage and sparks are bound to fly!