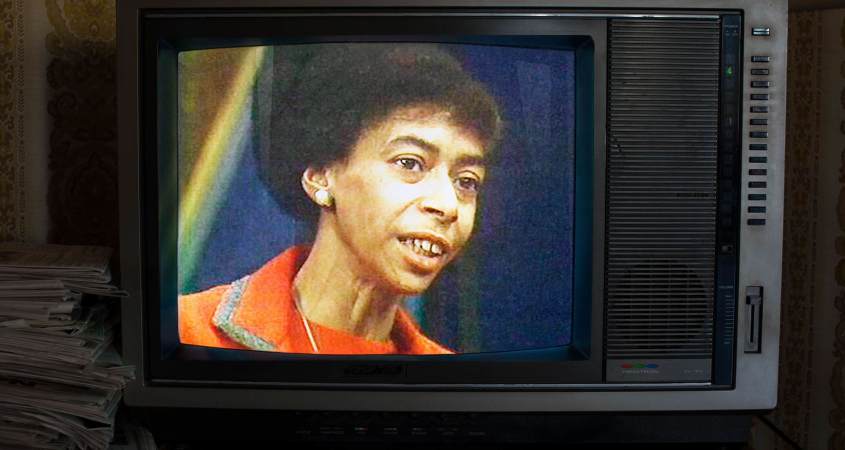 Stokes is the subject of Recorder: The Marion Stokes Project, a new documentary that highlights her work as an archivist, but paints a complex picture of a woman who was brushed off as an eccentric for most of her life. For thirty-plus years, multiple tapes (sometimes as many as eight) would record concurrently across multiple televisions as Stokes personally watched two monitors at once.

Former librarian Stokes, who became independently wealthy through technology and real estate investments, began casually recording television in 1977 and taped a variety of programs, but thought news was especially important.

In 1979 during the Iranian Hostage Crisis, which coincided with the dawn of the 24-hour news cycle, Stokes began recording MSNBC, Fox, CNN, CNBC, and CSPAN around the clock by running as many as eight television recorders at a time. Marion single-handedly built an archive of network, local, and cable news from her Philadelphia home, one tape at a time, recording every major (and trivial) news event until the day she died.

“She was interested in access to information, documenting media, making sure people had the information they needed to make good decisions,” says the film’s director, Matt Wolf.

Stokes was no stranger to television and its role in molding public opinion. An activist archivist, she had been a librarian with the Free Library of Philadelphia for nearly 20 years before being fired in the early 1960s, likely for her work as a Communist party organizer.

From 1968 to 1971, she had co-produced Input, (which itself was recently recovered and digitized) a Sunday-morning talk show airing on the local Philadelphia CBS affiliate, with John S. Stokes Jr., who would later become her husband.

Input brought together academics, community and religious leaders, activists, scientists, and artists to openly discuss social justice issues and other topics of the day. Marion also was engaged in civil rights issues, helping organize buses to the 1963 civil rights march on Washington, among other efforts.

“Our vision is really aligned with Marion’s,” says Roger Macdonald, director of the television archives at the Internet Archive. “It’s really bold and ambitious: universal access to all knowledge.” Marion’s son had contacted the Internet Archive when he was trying to find a home for her tapes in 2013.

Macdonald immediately seized the opportunity. Those tapes were soon donated to the Internet Archive and are still in the process of being organized and digitized.