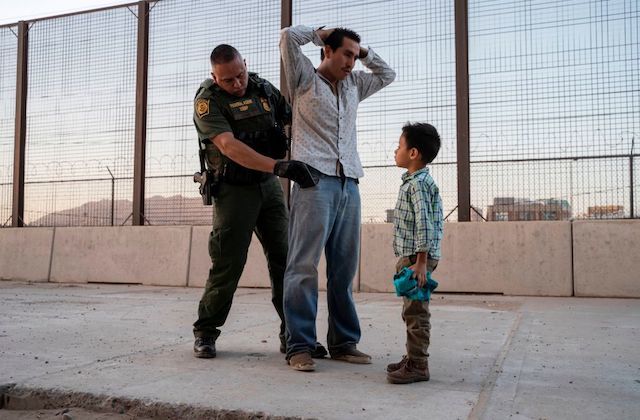 Over the weekend, Immigration and Customs Enforcement (ICE) officials embarked on a relatively small operation to arrest immigrants of undocumented status, Reuters reports. President Donald Trump first announced the raid in June via Twitter, where he promised widespread, mass deportations of “millions” of immigrants across the United States.

Immigrants and advocates were bracing for the worst, with many expecting thousands of arrests to take place on Sunday (July 14). However, according to Reuters, “there were only reports of low-profile operations in a few cities.”

Southern Poverty Law Center’s Mary Bauer told the news agency that large southern cities like Atlanta actually saw no ICE arrests over the weekend. “Immigrants and immigrant communities all over the country are in hiding and people are living in these terrified, terrorized ways, because that is the point of this whole action, whether enforcement actions take place or not,” said Bauer.

New York City Mayor Bill de Blasio also said there were no ICEarrests in his city. “This is a political act by this president, he’s politicized a United States government agency to help him win re-election,” he told Reuters.

And though no immigrants of undocumented status were arrested in Miami, a representative of the Florida Immigrant Coalition posted on Facebook that some fearful immigrants were sheltering at home. “They’ve been stocking up on groceries and making plans to stay in their homes with the lights off and the blinds down,” the group posted. “Some are staying home from work.”

The news outlet pointed out that ICE arrests thousands of immigrants in a typical week, per government records. Most of those raids, however, are not posted on Twitter by the president of the United States. Meanwhile, a spokesperson for ICE declined to give Reuters a comment on the agency’s operations, citing the safety of the agency’s personnel.