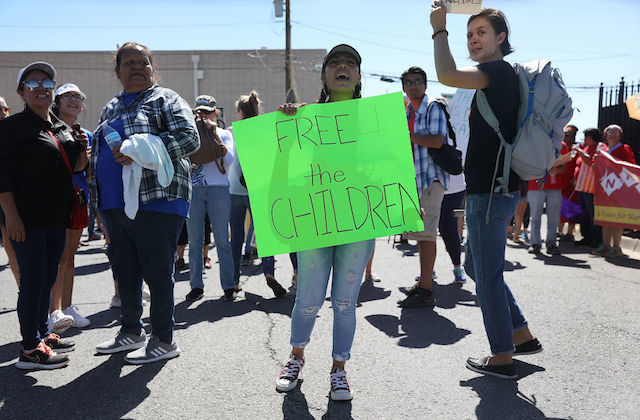 A new court order could potentially affect thousands of migrant families separated at the southern border before the government’s “zero tolerance“ policy was announced in 2018. A federal judge responded Friday (March 8) to the American Civil Liberties Union’s (ACLU) motion to order the government to accurately account for allmigrant family separations, including those that took place beginning as far back as July 2017, NPR reports.

Back in June 2018, Judge Dana Sabraw of the U.S. District Court for the Southern District of California ordered the Trump administration to terminate its family separation policy and demanded that 2,300 children be immediately returned to their families. On Friday, Sabraw granted the ACLU’s request to expand the class action lawsuit to include the thousands of additional separated families that were revealed earlier this year. As Colorlines previously reported:

The United States Department of Health and Human Serivces’ (HHS) Office of Inspector General (OIG) released a watchdog report on Thursday (January 17) indicating that thousands more children were separated from their parents at the border than what was previously understood…authorities are reportedly not sure what happened to many of the children.

The OIG report prompted the ACLU to “include the parents of those children in the same group as those affected by zero tolerance, whose reunification [Judge Sabraw] ordered last summer,” according to NBC News.

Sabraw agreed with the ACLU in his most recent ruling and officially “defined the additional class members as all migrant families separated between July 1, 2017, and June 25, 2018,” NPR reports. “The hallmark of a civilized society is measured by how it treats its people and those within its borders,” the judge wrote in his 14-page order. “That [the Trump administration] may have to change course and undertake additional effort to address these issues does not render modification of the class definition unfair; it only serves to underscore the unquestionable importance of the effort and why it is necessary (and worthwhile).”

NPR obtained a statement from ACLU attorney Lee Gelernt regarding Sabraw’s ruling: “The court made clear that potentially thousands of children’s lives are at stake, and that the Trump administration cannot simply ignore the devastation it has caused,” he said.

Scott Stewart, a lawyer from the Department of Justice, argued it would be a huge challenge for the government to track the families separated as far back as July 2017,” insisting it would, “dramatically change the complexity of this case from the government’s perspective.”

But as Sabraw insisted in his court order: “Although the process for identifying newly proposed class members may be burdensome,” he said, “it clearly can be done.”