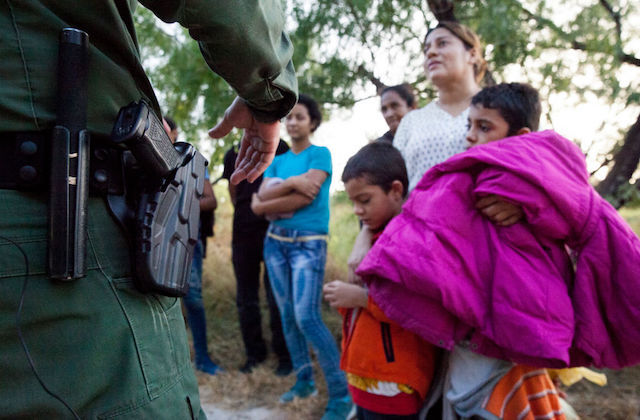 A judge in Portland, Oregon, just threw another wrench into the Trump administration’s ongoing effort to punish poor immigrants. United States District Judge Michael Simon on Saturday (November 2) issued a temporary restraining order on the administration’s rule forcing immigrants to prove they can afford health insurance before applying for visas, Time reports. The visa rule was scheduled to go into effect on Saturday.

According to Time, seven U.S. citizens filed the federal lawsuit on Wednesday (October 30), saying the visa rule would “block nearly two-thirds of all prospective legal immigrants.” The suit also alleged that the rule would “greatly reduce or eliminate the number of immigrants who enter the United States with family sponsored visas.”

Esther Sung, a senior litigator at Justice Action Center (JAC), argued at Saturday’s hearing on behalf of the plaintiffs. She spoke to Time about the urgency of the case: “We’re very grateful that the court recognized the need to block the health care ban immediately,” Sung said. “The ban would separate families and cut two-thirds of green-card-based immigration starting tonight, were the ban not stopped.”

Trump signed the visa proclamation in early October, and it applies to people living abroad who are looking to an immigrant visa. It doesn’t pertain to legal residents, asylum-seekers, refugees or children. It does, however, target poor immigrants who are either unable to afford health care, or don’t have employer-provided coverage.

Under the government’s visa rule, the required insurance can be bought individually or provided by an employer and it can be short-term coverage or catastrophic.

Medicaid doesn’t count, and an immigrant can’t get a visa if using the Affordable Care Act’s subsidies when buying insurance. The federal government pays for those subsidies.

“Countless thousands across the country can breathe a sigh of relief today,” Jesse Bless, director of federal litigation at the American Immigration Lawyers Association, told Time. “The court recognized the urgent and irreparable harm that would have been inflicted without the hold,” he said.

JAC released a statement saying this fight is far from over. The court still has to consider the “full merits of the case, Doe v. Trump, in the coming days and weeks,” the statement read.

It is not clear when the judge will take those next steps.