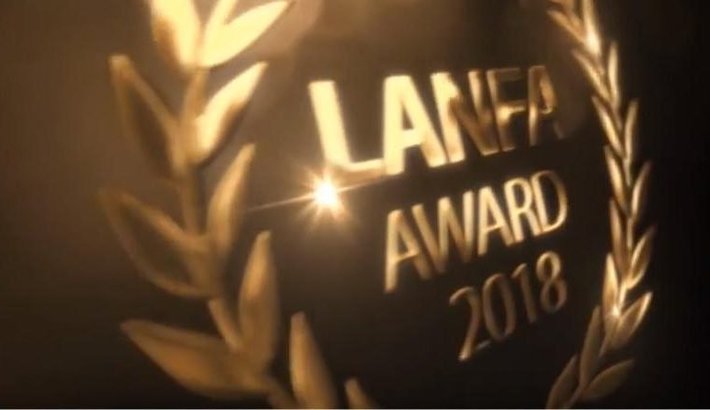 *VALENCIA, Calif. — On Sunday, August 5th, the Los Angeles Nollywood Film Association (LANFA) will have their black tie film awards ceremony at the historic Miracle Theater in Inglewood, CA. Multi-talented and acclaimed filmmaker, King Bassey, is the founder of this wonderful film festival.

LANFA was created by King Bassey, who hails from Akwa lbom, Nigeria. He has an associates degrees in Electronic tech and micro computers from National Technical School and a Bachelors degree in Media Production at Intercontinental University, Los Angeles, His concentration was in the area of directing producing, editing, screenwriting and cinematography. After looking at the negative images and portrayal of Africans on TV, King become one of the first to start Afrikan Network Television on a UHF channel in the early 90’s, bringing programs from Africa to educate people about Africa and it was even featured in the LA Times. After many years the station could not make it because of funding, King Bassey did not give up, he embarked on a song writing career. He has released about three albums, the most recent one, David Dance, and started organization called the Los Angeles Nollywood Film Association (LANFA). Lanfa’s goal is to provide a platform for our creative artists to produce and showcase the unique artistic abilities, increase the level of awareness in the community, promote the brand, strengthen and grow the credibility of the group. To also foster the creation of successful working partnerships, empower networking, raise visibility, and strengthen distribution and marketing channels. Every year, the festival screens Afrikan and other international films. He won several awards, best African singer and writer from the City of Los Angeles, Award for best Video Programming, Educational & Documentary, Media award for best photographer. He directed and produced his first films called Johno the Fake Producer, in 2007, his second film Undisciplined, about the way negligent parents raise their children, and in 2010, he directed Queen In LA movie, which is about human trafficking. His latest film in the making now is called A Woman In A Man’s World, and is a multicultural film creating awareness on the global fight for violence against women in work, home and church. He also started a campaign called “Let’s Get Our Women Back.”

About the Miracle Theater:
Built in 1937, The Ritz – now revived as The Miracle – is once again home to local and international entertainment. Featuring music, movies, comedy, and community, The Miracle Theater offers a prominent arts and culture a venue on Market Street. Famous artists such as Ice-T, Bootsy Collins and Nina Simone among others have performed here. Issa Rae, the creator and star of Insecure on HBO had her series season 2 premiere here.

More info about the festival and to purchase tickets: http://lanfaa.com/