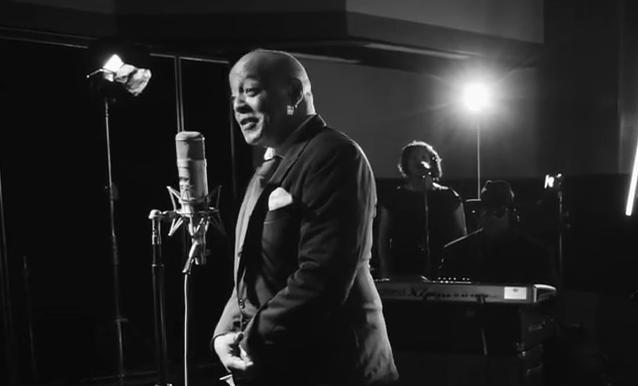 *(ATLANTA, GA) — Double Grammy® and Double Oscar® Award-Winning Balladeer, Peabo Bryson, is killing the game! Just a few months after announcing the upcoming release of his 21st studio album, Stand For Love, his first single, “Love Like Yours and Mine,” has taken position in the #3 spot on Billboard’s Adult R&B chart … and he’s just getting started!

Now, the music legend has released an exclusive video for his next hit single, “All She Wants To Do Is Me” – an uptempo dance groove that has already premiered on an episode of Showtime’s hit series, The Chi, and is sure to be a steppers anthem for generations to come!

“It was placed in a scene for a block party,” confirms Bryson regarding the song’s feature on The Chi. “That’s unusual for a Peabo Bryson record, or should I say ‘new and exciting’ for Peabo Bryson, and it’s one of those songs for all you steppers out there.”

He continues, “It’s a song called ‘All She Wants To Do Is Me,’ and if you’re fortunate to have this kind of relationship, where all you want to do is each other… is the bomb-ziggity!”

Stand for Love is Peabo’s 21st studio album. Set to release on Friday, August 3, it is already being considered a 9-track masterpiece, not only because of his legendary voice, but also because of his collaboration with the world-renowned, super-producer duo, Jimmy Jam and Terry Lewis!

“All of the right elements fell into place for this project,” says Bryson. “I challenged Jimmy Jam and Terry Lewis to make me current…while maintaining the integrity of what I have built as an important body of work. I have to say, it is nothing less than amazing!”

With a musical career that includes two GRAMMYs®, two Oscars®, multiple gold albums, multiple #1 songs and chart-topping singles in R&B, Pop and Contemporary Jazz, Bryson’s return is a breath of fresh air to both seasoned fans and those of younger generations.

“Peabo is just one of the greatest voices of our time,” mentions Jimmy Jam and Terry Lewis in a joint statement. “He exudes a class and sophistication that’s so needed in music today. I know R&B needs Peabo Bryson especially now. And his fans both old and new will fall in love with Stand For Love.”

For a full list of tour dates and music updates, visit www.TheRealPeaboBryson.com.