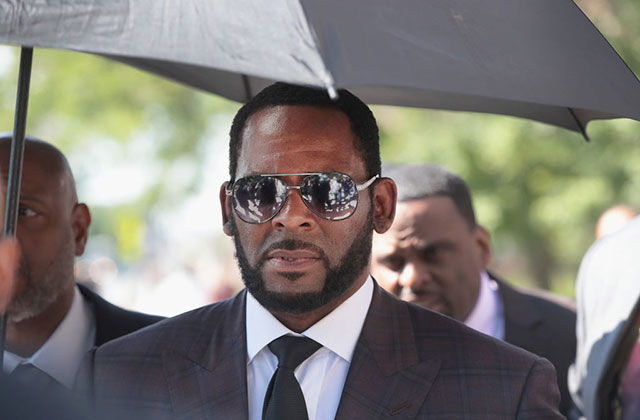 Indicted by New York and northern Illinois federal courts, the singer was taken into custody while walking his dog in Chicago.

The legal hits keep coming for R. Kelly. The singer, who has been under a legal microscope since last year’s “Surviving R. Kelly” miniseries debuted, was arrested by Homeland Security officers on federal sex crime charges yesterday (July 11) while walking his dog in Chicago.

The 52-year-old faces two separate indictments from federal courts in New York and Illinois. Unsealed this morning, the five-count indictment out of the Eastern District of New York accuses him of racketeering, coercion, transportation of minors and even kidnapping. The 13 northern Illinois federal charges include child sex crimes such as producing child pornography and conspiracy to defraud the U.S. government.

The Grammy Award-winner apparently was waiting for the arrest, as his lawyer, Steve Greenberg, told the Associated Press that charges “appears to largely be the same” as those filed in Illinois state court earlier this year. In February, Kelly was arrested in Chicago on 10 counts of sex crimes. Cook County prosecutors added 11 more charges in May, including aggravated criminal sexual assault and abuse against a victim who was at least age 13 and under 17 at the time.

Greenberg confirmed Kelly’s bail hearing will take place next week and that he would stay under arrest until then, the New York Timesreported today.