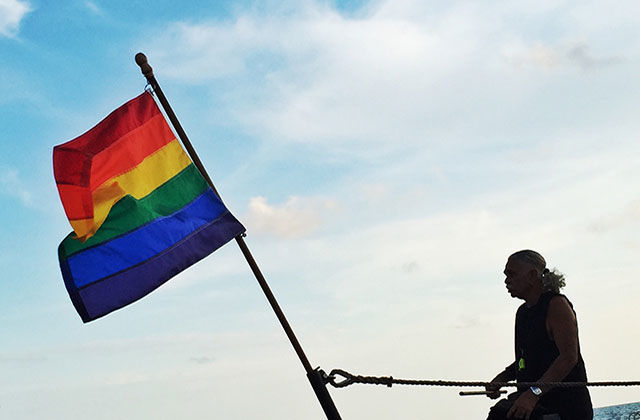 GLAAD’s newest diversity report shows a drop for LGBTQ+ characters of color and improvement with regard to trans characters.

GLAAD’s newest diversity report shows that Hollywood still has a long way to go when it comes to representation for LGBTQ+ people of color.

“The racial diversity of LGBTQ characters saw a drop this year, with 42 percent of LGBTQ characters being people of color, compared to 57 percent in 2017,” says the 2019 GLAAD Studio Responsibility Index(SRI), released on Thursday (May 23). “There were no transgender or nonbinary characters counted in mainstream releases [in 2017].”

While the 15 percent drop in LGBTQ+ characters of color is alarming, the report did find that LGBTQ+ representation increased 5 percent overall from the year before, and for the first time since GLAADstarted mapping these trends in 2013, an equal number of films featured gay and lesbian characters.

Other findings in the report show that if Hollywood wants to keep the LGBTQ+ community interested, “the studios must create stories that are reflective of the world LGBTQ people and our friends and family know and make those films accessible in wide release.” From the report:

Of the 110 films GLAAD counted from the major studios in 2018, 20 (18.2 percent) contained characters identified as LGBTQ.

There were zero transgender-inclusive films from the major studios in 2018, a finding consistent with the previous year.