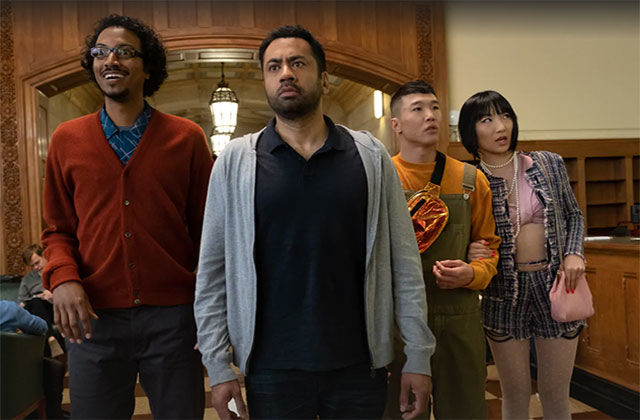 Actor Kal Penn’s (“Harold and Kumar”) new sitcom “Sunnyside”—which centers on immigration and American citizenship with one of the most diverse casts on primetime television—debuted on Thursday (September 26).

“Joel [Kim Booster] is Korean American, Poppy [Liu] is Chinese American; obviously, we’re not fans of the ‘[All Asians] look the same’ statement, so we thought, ‘How do we ground this?’” Penn said in an interview with Deadline.

In the pilot, which NBC describes as “former New York City councilman [Penn] finds his calling when he meets a group of immigrants in search of the American dream,” viewers are introduced to a colorful cast that includes Booster and Liu, Diana-Maria Riva, Kiran Deol, Moses Storm and Samba Schutte. Though immigration is a politicized issue in the United States, Penn says he wants audiences to find the show to be more funny than political.

“They don’t just want something that’s like, ‘Oh, this is diversity and we’re checking the box.’ They want compelling characters that are reflective of the world that we live in, and the people that we know,” Penn told Deadline. “It’s really amazing that there are opportunities right now to develop comedy in this authentic space that’s also very inclusive.”