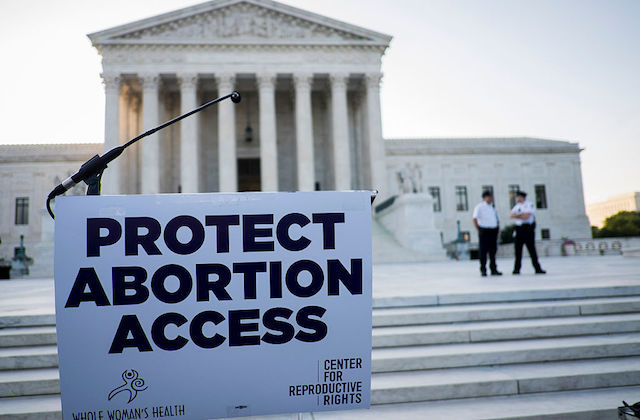 In response to the White House instituting what has been called a “gag rule,” Maryland hopes to be the first state to opt out of the federal Title Xprogram to protect its abortion providers from restrictive measures and funding cuts.

In February, the Trump administration announced that health care organizations like Planned Parenthood that provide abortion referrals will no longer receive federal family planning money under Title X. On Saturday (March 16), the Maryland House of Delegates passed a bill that aims to end the state’s inclusion in the program. It now faces a vote with the state Senate. If passed, reports ThinkProgress, the law will require Maryland’s governor to use state money to fund the family planning program.

Established in 1970, Title X provides $286 million in funding for programs that provide services like birth control and mammograms, and screenings for breast cancer and cervical cancer. Under the new federal regulation, providers will be able to discuss abortion with patients, but they cannot specify where one can be obtained. Clinics will no longer be obligated to counsel women on all available options if they are pregnant—meaning they can omit abortion from conversations. Previously, a clinic could not receive federal funding unless all options were discussed. In addition, providers who offer abortions must perform the procedure in a separate facility from other services.

Earlier this month, 22 states, including Maryland, filed lawsuits to block the rule from being implemented. Maryland is, however, the first state to use legislative action to push back against the new rule.

The Maryland Department of Health receives between $3 million and $4 million dollars annually from the federal government under the Title X program, [Planned Parenthood of Maryland lobbyist Robyn] Elliott said. The state doles out these federal dollars to various providers, including eight Planned Parenthood clinics. Should the administration’s rule barring abortion providers from participating in Title X take effect, the state would no longer be able to dispense federal dollars to these clinics.

Maryland’s population is nearly one half people of color, with Black residents making up 30.8 percent of the state and Latinx accounting for 10.1 percent. And based on national numbers, women of color are disproportionally more likely to receive care that is funded via Title X.

The bill’s sponsor, Representative Shane Pendergrass (D), told ThinkProgress, “We want to make sure Marylanders who get family planning services under Title X have access to the very same methods as people with private insurance. It’s that plain and simple…. Because of the federal rules, they will no longer have that access under Title X. So it’s time to walk away from the federal Title X dollars.”